When the police have already decided who they like for some unsolved crime, almost nothing will stop them from getting their man. Investigations are supposed to involve investigating. But when a handful of tipsters said a black man robbed a bank, the Portland PD went to work trying to pin four bank robberies on one man. (via Simple Justice)

The problem with this man was his list of distinguishing features. He had several -- all as plain as the tattoos on his face. (All photos via court documents.) 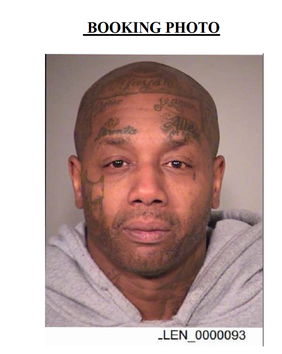 That's Tyrone Lamont Allen's booking photo. This is an image of the suspect captured by a bank's security system. 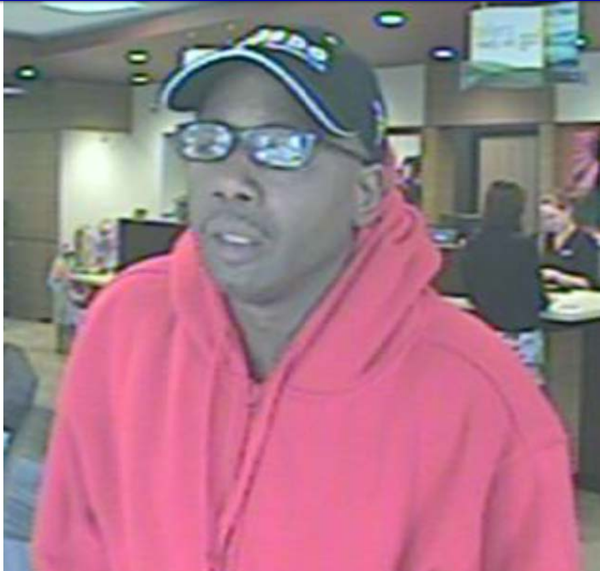 The first thing that jumps out of this photo is the lack of things that jump out. No tattoos on the face capture by bank cameras. Plenty of tattoos on the "suspect" the Portland police decided to arrest. But at least investigators did a little footwork first. And a little Photoshop work as well.

Here's the photo they used of Allen in lineups shown to bank tellers at robbed banks. 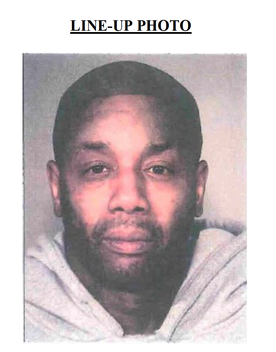 Yeah, that's Tyron Allen -- minus everything that makes him distinctively Tyrone Allen. This is what the Portland PD did to steer witnesses into handing them the suspect they wanted to arrest.

[W]hen Portland police suspected Allen was involved in four bank and credit union heists, and none of the tellers reported seeing tattoos on the face of the man who robbed them, police digitally altered Allen’s mugshot.

They covered up every one of his tattoos using Photoshop.

Police then presented the altered image of Allen with photos of five similar-looking men to the tellers for identification. They didn’t tell anyone that they’d changed Allen’s photo.

Some of the tellers picked out Allen.

All of this came out in court, leading to a large number of lawyers and laypersons alike to say WTF. Allen's lawyer said the police basically "rigged the outcome" of the photo lineup. He's not wrong. But his client is not the first person this has happened to. Rigging lineups is a cop tradition. The only distinctive feature of this one is the use of Photoshop to remove distinctive features.

Now, as Scott Greenfield points out, someone with a lot of facial tattoos and a predilection for bank robberies might realize those two qualities aren't a good mix. Allen could have altered his appearance so no teller would tell cops "look for the guy with all the face tattoos." (Reminder: none of the tellers told the cops to look for a guy with a lot of face tattoos.) But that would only have made Allen memorable for other reasons.

If a guy wanted to rob a bank, knowing he had rather unique facial characteristics that would make him very easy to ID, he could “sanitize” his appearance with makeup. But upon closer scrutiny, the theory has a flaw: the amount of makeup necessary to cover up Allen’s facial tats would itself have become an identifying characteristic. Even assuming he was highly skilled in the application of makeup, it would require so much makeup to accomplish a complete cover-up that the description would have been “guy in baseball cap, glasses and face covered in makeup.”

Having been caught implying all black guys look alike if you remove the stuff that makes them individuals, the government is now actually arguing that this is no different than digitally removing the hat and glasses the suspect in the camera footage is wearing. Altering photos is apparently "standard practice among investigators," according to Detective Brett Hawkinson, an 18-year veteran of altering lineup photos and the lead investigator on this case. He's the one who gave the orders to digitally delete Allen's tattoos before putting his face in the PD's photo lineup.

Yes, this is standard practice. The lead investigator could name no official policy instructing cops to remove distinctive facial features from lineup photos, but of course there wouldn't be. It's an unofficial "standard practice" -- things cops do because of the gaping void where honesty and accountability should be. No one says this is how things should be done. But this is how things are done.

This incident was particularly egregious. And it came out in court. Now more people are finding out exactly what law enforcement agencies mean when they use the word "investigation." It's rarely a search for unknown criminal suspects. More often, it's cops working backwards from foregone conclusions. This is ugly and cheap and the antithesis of the image law enforcement likes to present to the public: the good guys fighting the good fight. They're fighting dirty and they like easy wins and easy days as much as anyone in the private sector. If the corner you have to cut is the distinguishing features that would rule out your favorite suspect, so be it.